Animal Game Drives: When people plan to visit Africa especially East Africa for a wildlife Safari, one of the most exciting activities they are looking forward to is the animal game drive in one or more than one of the animal parks. 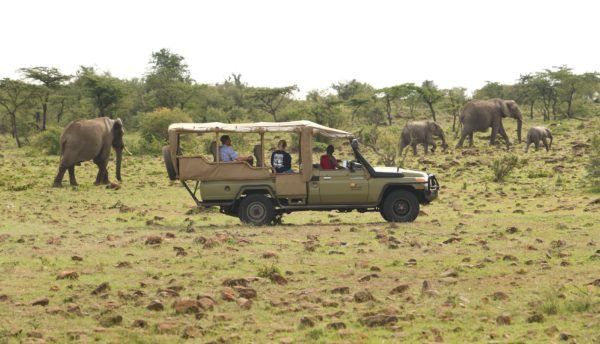 So to help you not lose out on your game drive experience we are listing a couple of things that you should look forward to and expect on a game drive.

Animal game drives are always organised beforehand, so you normally know when and where you’re going to have the game drive; all game drives are usually guided by a game ranger or a tour guide and some cases you may need to follow a game tracker to navigate the park terrains.

Some travellers though may opt for self-drive animal game drives that may not necessarily be guided though they follow a game tracker to help them navigate the park terrains.

With that said, here is a list of things you can expect or look forward to on your animal game drive experience.

The animal game drives are set at these particular times because it is when the wild animals are most active hence can easily be seen compared to other times. Also some specific animals only come out during some specific hours, so that is also put in consideration.

Most animals rest between 10am and 2pm which makes seeing them hard because they somewhere in their hideouts resting; but in the early morning, afternoon, evening and night they are up and about making sighting them pretty easy.

You need a Guide, Ranger or Tracker on any of the animal game drives.

These guides, rangers and trackers are one familiar with the animal park so they are well aware of where to find the different animals in the park but also they highly skilled and knowledgeable about animals meaning they will know the best tactics of game viewing which will enhance you seeing of animals on your game drive compared to when you are alone.

The best time to view animals is either in the early morning, evening or in the night. Because these times are the best times to see animals during high travel seasons, they will attract more people than other times like the afternoon. This means when you book to have an animal game drive during these times expect to be driving through the park with other groups also on their animal viewing experiences hence may not get the full blown animal viewing experience you wanted.

The solution to this to have animal game drives during the low season, when the numbers of the travellers is really low, the competition to see animals is nearly zero so you have a comprehensive animal game drive that gives you the best sighting of all the animals you would like to see on your game drive.

During high seasons, if you have a skilled guide, ranger or tracker with you, they can try and use less crowded routes on your game drive; however these routes normally have few animals to see.  So, low seasons still remain the best.

Snacking on an animal game drive

Animal game drives may be long especially if you are having a game in one of the large animals, you may have to driving for long hours for you to be able to see all the animals you need to see. So it’s prudent that you carry some snacks for the game drive, you can have these snacks when you’re hungry or when you take a break in the wild.

This is because these actions can affect the animal conservation efforts like keeping the park conducive for them to live in and feeding them may cause them to attack you, remember they are wild animals.

So though you will need to snack on your animal game drive, snack wisely.

Taking Photos and videos on game drives is allowed and it’s the only way you will keep memories of your amazing game drive however, like for snacks, you should be discreet in the way you take your photos and videos, because these gargets some times irritate the wild animals and they may end up attacking you and ruining your experience.