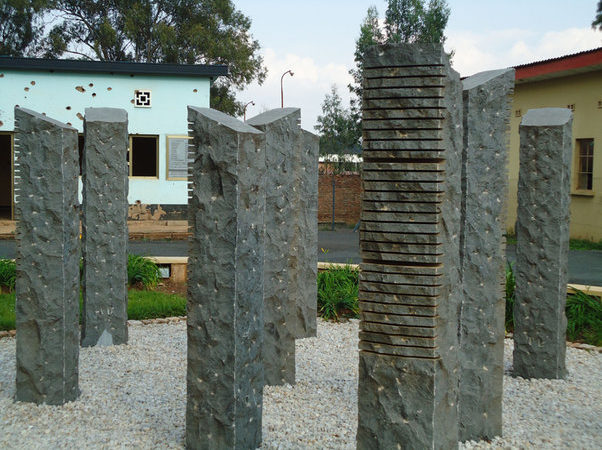 Camp Kigali Belgian Monument is built in memory of 10 Belgian UN Blue Beret soldiers who brutally massacred in this area .there were many soldiers, the peace keepers who forced and deployed in Rwanda under the command of Canadian general Romeo Dallier this happened when the genocide first broke out. 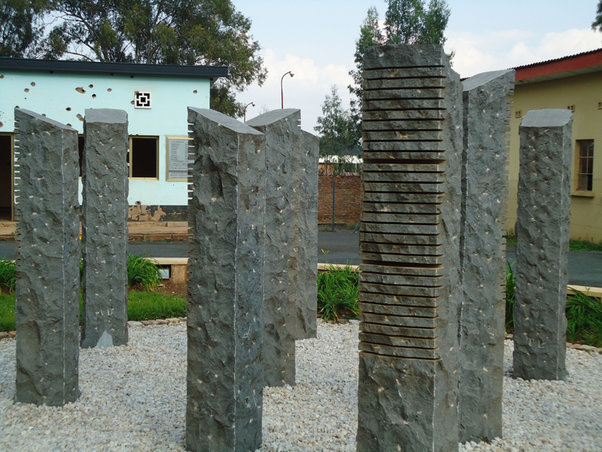 The colonial occupier of Rwanda, Belgium has no option however only to send troops, this helps to support the works which are alongside nations.

There was   attempt to pressure the UN where by the 10 soldiers were capture and transported by presidential guard troops to the camp. In this area were they were tortured and killed by the genocides.

At this camp Kigali Belgian is where the UN stopped their peacekeeping forces out of Rwanda, this left the country vulnerable to bloodshed and horrors of genocide.

Camp Kigali Belgian Monument, where the main points of interest were 10 pillars that erected in memory of the brave men.

There is a consist building at the monument ,with small gardens, that visit the main room where the shells and bullet holes remain in the spots this is where the men were gunned down by Hutu rebels during the genocide.