Facts about the Eastern Lowland gorillas 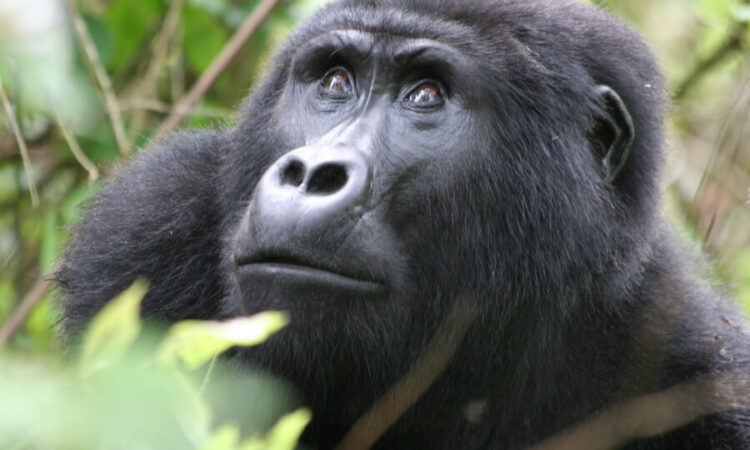 The Mountain Gorillas can only be found in Uganda, Rwanda and the Democratic Republic of Congo. The Odzala National Park in Congo Brazzaville hosts the largest known population and density of western lowland gorillas. Because most of them live in extremely remote habitats, researchers find it hard to estimate their exact population. It was first thought that about 100,000 western lowland gorillas were still living in the wild based on estimations done in the 1980’s. However, a recent discovery of an estimated 125,000 individuals in a remote swampy are in the north of Congo Brazzaville has excited both researches and conservationist alike.

Eastern Lowland gorillas are considered critically endangered and are included in the International Union for Conservation of Nature (IUCN) List of species that need special protection. This is because they live in regions that are often volatile, killed for meat or caught in fights between rebel groups. Their habitats are being destroyed by humans interested in mining, logging, expanding grazing lands, establishing farmlands and new settlements. Diseases such as Ebola have been found to wipe out entire families. However, all is not lost for the Eastern lowland gorillas. Conservationists and researchers have worked tirelessly to ensure their survival. World Wildlife Fund (WWF) is one organization that has taken lead in attracting funds and raising awareness about the need for closer monitoring and conservation of lowland gorillas. As noted, the eastern lowland gorillas differ from mountain gorillas in many ways as some people misunderstand them. Some of the differences between the 2 species include;

Despite the relatively high population of lowland gorillas remaining in the wild, it’s much easier to track the mountain gorillas. The range covered by lowland gorillas is wide requiring greater effort habituating them. The Central African Republic and Congo Brazzaville have the highest number of lowland gorillas and provide the greatest opportunities to see. However, many of the strongholds of lowland gorillas in these two countries are found in very remote areas that are often volatile and with poor tourism infrastructure.

Lowland gorilla trekking is basically for travellers interested in primates or wish to have a totally different experience from the usual game viewing safaris. Apart from finding the gorilla, the reward is spotting areas that have never been visited by many before and wondering at the remarkable biodiversity. Eastern lowland gorillas trekking in Kahuzi-Biega national park starts with briefing at the Tshivanga Visitor Centre which is found outside the park entrance. The park guide will peruse through the rule and regulations regarding lowland gorilla trekking while sharing with visitors’ facts the gorilla families and the terrain they live in.

After the briefing, visitors are then led through established trails in search of the gorilla group. Eastern Lowland gorillas are always on the move and finding them may take an hour or two. Visitors will probably first spot the youngsters playing about before the dominant silverback appears to check if there is any potential threat to the family. If all is okay, he will allow trekker to watch the family. You are only allowed one hour with the gorilla group and this will be a perfect time to observe their behavior and take some great photos.