Gadhafi Mosque is the Uganda’s national Mosque for the Muslims located at Kampala Hill in old Kampala. The mosque was completed in 2006; it seats about 15,000 worshipers of Allah and holds another 1,100 in the gallery, while the terrace caters for 3,500. 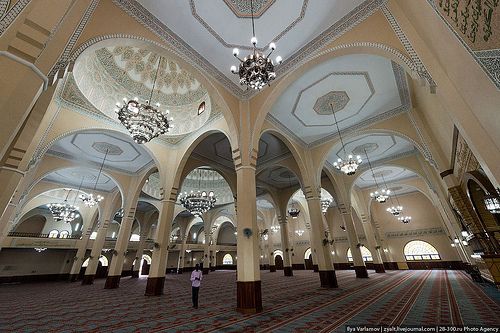 The Gadhafi mosque was commissioned by the Libye former president Colonel Muammar Gaddafi as his gift to Uganda, and this was for the benefit of the Muslim population. Gaddafi mosque is the skyscraper.

The mosque was opened in June 2007 under the name Gaddafi National Moque; the head offices of the Muslim supreme council are located at the mosque.

After some years the Mosque was renamed the Uganda National Mosque in 2013 following the death of Colonel Gaddafi as the Libya administration.