The Mabira Forest is a rainforest area that covers about 300 square kilometers in Uganda .That’s located in Buikwe District between Lugazi and Jinja. Mabira Forest Reserve is a home for many endangered species primates. It’s a source of Rubber. Mabira Forest has hopes of obtaining 500,000 Ibs per annum from the forest. The cost of clearing the dense forest that’s around individual trees was expensive.  Mabira Forest was found in 1900 by the East Africa and Uganda Exploration company, who set up the Mabira forest Rubber Company. 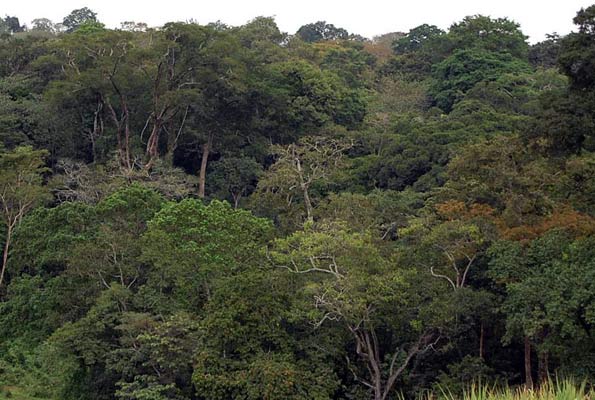 The forest has over 200 kinds of tree species, which you might com across including swamps, grasslands peaceful waterfalls, birds, primates, mammals and many more.

The Government of Uganda by Mehta group announced plans to clear one third of Mabira Forest 70 square Kilometers for sugarcane plantations, this is proposed to the government to de-gazette this land.

Deforestation plans were disputed within Uganda, the environment activities fear the loss of hundreds of endangered species, increased erosion, the damage of livelihoods of local people and negative impacts on water balance and regional climate, the supporters hoped for the best creation of jobs. A cabinet paper said the plan would generate 3,500 jobs and contributes approximately 11.5 billion shillings to the treasury.

The kabaka of Buganda was part of the people who opposed the deforestation plan offered alternative land for sugarcane production.

The Anglican church of Mukono was also part of church that offers land. There are three people that were killed during a demonstration of about 1, 0000 for the protection of the Mabira Forest.

There were riots against Asians, since the Mehta Group is Indian-owned. SCOUL plantations were set on fire, sms calling and emails for the boycott of scouls Lugazi sugar circulated. The President of Uganda Yoweri Kagutta Museveni he defended the deforestation plans; this is not deterred by people who don’t see where the future of Africa lies.

The president says  to save  Mabira  was for the future of all countries  that lies in  processing in May 2007,The environmental minister announced the deforestation plans that were suspended and the government tried to find alternative land for the Mehta Group.

There are a number of lodges at Mabira Forest these include Rainforest lodge, Mabira forest lodge and many more.

There a number of activities to encounter at Mabira Forest these include nature walk, Mountain bike.

Birding at to spot a number of birds in the forest the activity takes half a day or spend full day, for those who would like to encounter for the full day thy would have a break for lunch at Mabira Rainforest lodge, Rainforest lodge or at Griffin Camp.

Mabira Forest is one great stop over and a perfect place in an African Rainforest .The forest is sxplored with the help of a guide who has knowledge and information about the forest, birds, mammals, trees, butterflies, medicine plants and many more. It’s an amazing place when it comes to birding.

Mabira Forest is one of the great areas where one can spot out a number of mammals such as grey cheeked mangabees, red tailed Monkeys, blue duikers, bush pigs. One might spot an occasional leopard although it’s rare.

Zip lining is above tree tops in Mabira forest which is found in East Africa at a low price.

There is Adrenaline pumping adventures in tranquil Mabira forest. The equipments are able to meet all safety standards they were all bought from USA by a Peace Corps Volunteer who was able to put programs together and trained Ugandans the safety rules as visitors zip line was above tree tops in the rainforest.

Zip-lining is done from 8am to noon and from 1pm to 6pm.we can organs and handle your trip for your experience in zip-lining.

The Uganda Mangabey Monkey is a rare species of Monkeys that’s only found in Mabira Rainforest, these are in a few locations in the country as well as in small area of Tanzania.

Encounter on a lifetime safari to trek one of the three habituated groups of mangabey, you will trek with a guide who has full information about these amazing  primates experience their day to day life on how they feed, play, groom each other and many .

There other monkeys that one can spot out during the trek such as red tailed, black and white monkeys other things to spot include flowering plants, butterflies and ancient trees.

Uganda Mangabey this is a unique species.

Spot about 46% of Uganda’s forest birds in Mabira Rainforest more than any other forest in Uganda.

Birds in Mabira forest are concentrated in small areas. One is able to identify a number of birds in the forest.

Nature walk is the best experience ever to encounter on your trip in the forest; however we recommend one to use residential guides who are well behaved, informed about the area.

There many forest walk for fitness level that can be conducted in Mabira Forest.

Forest walks include children on family safari; this is a long adventurous trek through the well maintained trails.

There are well maintained trails they are various within and beyond the forest to the community people to learn different ways and experiences of inhabiting near the forest.

One can rent a mountain Bike at Griffin falls camp, the camp is outside the Forest at a National Forestry, the best bikes can be rented from Nile River Explorers in Jinja.

A mountain bike can be arranged for you to traverse, enjoy the birds, monkeys, tree, plants, trees.