Home » Safaris Blog » How Many Mountain gorillas are left in the world?

How Many Mountain gorillas are left in the world? 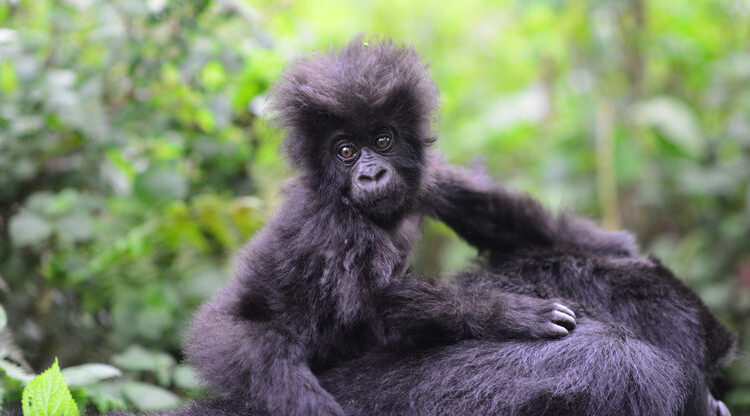 Mountain Gorillas are conducted in the Virunga volcanoes which has a minimum of 700 individuals.

The 800 individuals inhabit the forests of Bwindi impenetrable National park, Uganda, giving a total of over 1500 mountain Gorillas left in the world.

There more than 700 mountain Gorillas that are live in the volcanoes, these are more than twice as many thirty years ago.

The population of mountain Gorillas in the Virunga volcanoes has doubled in the past three decades, however there many intensive threats of poaching, civil conflicts, habitat degradation.

There is increase in efforts to conserve mountain Gorillas in Uganda, Rwanda and Democratic Republican of Congo in order to conserve the endangered primates.

Through the trails and nest sites that are left by Gorillas, this takes more than 19 months to complete, this determines the 189 were not habituated gorillas.

The population consists of 430 gorillas habituated for tourism.

The population estimation was increased 70 percent which increased in 6 year period, which is 4 percent of the annual rate.

There is increase which is due to improved methods that are used in recent census as well as actual population. There 1000 Gorillas that are found in 50 social groups and 18 males.

The census is very large which is collaborative, there three countries including Uganda, Rwanda, Democratic Republican of Congo. The census is very crucial of adaptive management strategies which help to determine the population increase or decrease in size deciding conservation efforts which are effective and modified.

In the 1980s there was low population of mountain Gorillas of about 250 which has so far increased in the 2000s.

Analyze the detection history of individuals over time and get more insights into how groups formed and how members keep changing.