Mountain climbing in Mgahinga has three volcanoes in the park, Mt Sabinyo at 3,669m which takes about eight hours to cover the 14km round trip; this follows a steep ridge to the peak. 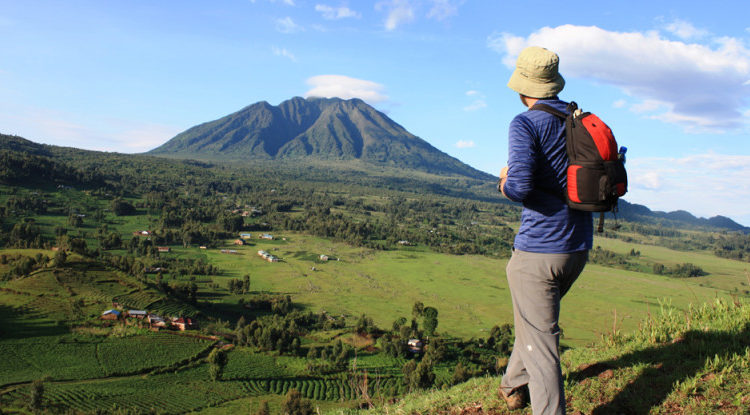 To climb on top of the Mountain it takes about six hours to ascend and descend Mt.Gahinga, their topped by a swamp-filled crater and giant Lobelia, the tourist climbers can spot a number golden monkey through bamboo forests. Mountain Muhavura is the highest peak 4,150m, and this 12km round trip taking eight hours. While at the top Hike the Virunga volcanoes, Lake Edward, Bwindi impenetrable Forest and peak of Rwenzori.