Why do silver backs fight?

Why do silver backs fight?: Silverbacks these are the elder mountain Gorillas and the leader of the Gorilla families, each family has got a silverback, 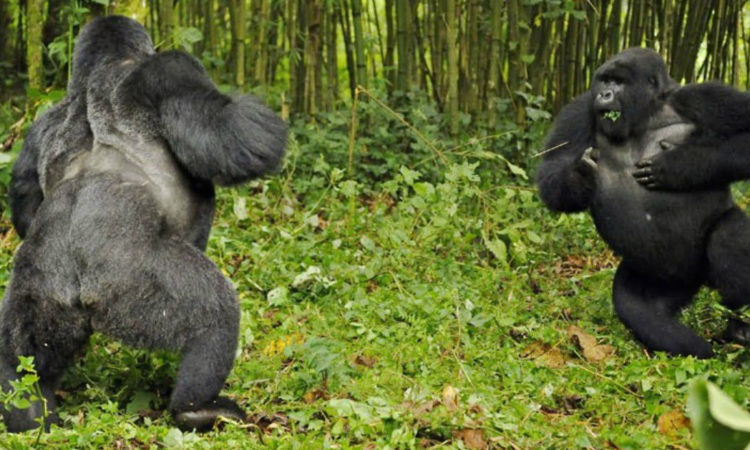 Silverbacks, are dominating alpha males of Gorilla groups, silverbacks are distinctive from other Gorillas by silver hair that grows from their backs at the age of 11 or 12.

Silverback, weighs up to 350 pounds and about 6 feet tall with big muscles on legs and chest, the gorilla protects its family from any kind of arms from poachers, leopards and predators.

When the Gorilla faces threat it will beat their chests loudly and stamp their feet on the ground. Gorillas fight for their family even if it means to lose their lives; they will use their teeth, legs and hands.

Silverbacks are the leaders of the group these includes building their nests for the next night use, movement in the forest, search for  their daily food, he young male Gorillas are not allowed to make decisions for the group accept the silverback.

Silverback is in charge of teaching the young ones and black backs how to fetch water, build nests since they will soon become the future leader’s .Mountain Gorillas engage in aggressive fights which at times leads to death. 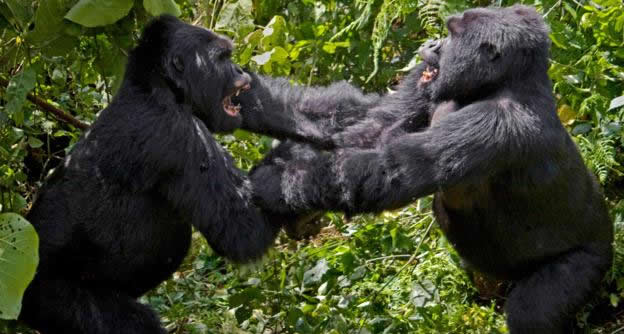 Silverbacks will always fight in order to protect their families and the young ones.

Silverbacks fight when trying to gather members from other Gorilla groups so as to start up their own group.

In case of a silverback in a group is dominated by his father or another silverback when his ready to live his group and start a new dominated group a fight may occur, as some family members are snatched.

Mountain Gorillas are relatives to human beings that share 98% DNA, their beautiful with higher chances of spotting the geckos, lizards, and many more.