The African Leopard is the strongest climber among Africa big five Animals and of all big cats; having the ability to climb and jump even when carrying the heaviest prey. The Leopard has also been called a lot of names from trick star, master of disguise, concealer etc. within various communities because of its camouflage abilities making it the most difficult to catch among Africa’s big five. 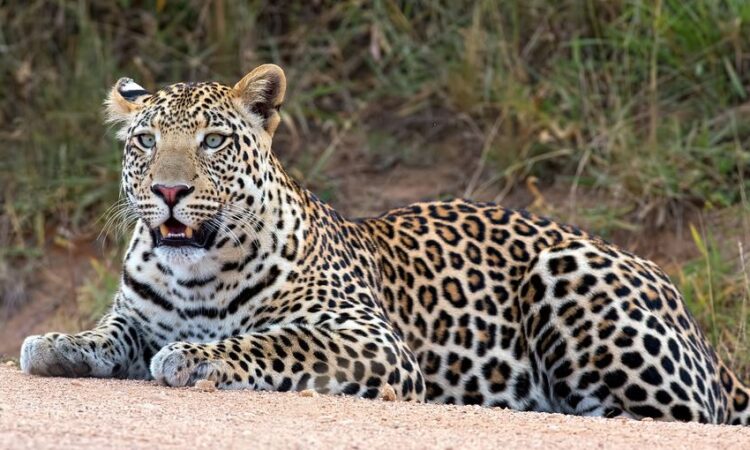 The leopard’s spotted skin with series of black spots helps it camouflage easier by blending in the trees where they spend most of their time and it uses the trees to scan, monitor and plan trap its prey; it also uses the trees to hide its kill or prey from other carnivores like the hyenas and the lions. It’s a solitary animal normally not interacting with other animals unless it’s hunting them.

The leopard stays in more place in its lifetime compared to the other big five animals, because it’s able to adapt in a in a wide range of territories that include deserts, semi- deserts, rainforests, mountainous areas and savanna grasslands plus the Leopard doesn’t stay in one place for more than 6 days unless something rare has happened and forced it to stay. In areas where the Leopard stays it marks the territory by urinating and leaving claw marks in the place.

Since it’s a cat it’s definitely nocturnal, so it’s always active at night hunting for prey mainly. It’s a very strong cat that is able to kill prey several times bigger than it. When it identifies prey, it can either stalk it or ambush it and after killing it take it up to the tree with it; the Leopard’s hunting abilities are enhanced by its ability to run at a speed of 56kph, jump over 3 meters high in the air and swim easily with no difficult.

Among the big five the leopard and the lion have the same mating habits and can mate every 15mintues up to 5 days. When on a heat a female leopard will attract the male leopard with its urine. The leopardess will be pregnant for 3 and half months and give birth to 1-3 cubs in one go. Cubs are normally born blind and vulnerable and will entirely depend on their mothers for food until they are 3 months old. At about 12 – 18 months the cubs have now matured enough to fend for themselves and at 2 years they can live the den and are able to reproduce. The white spots on the tip of the leopard’s tail and back of the leopard’s ears make cubs visible to their mothers even in long grass.

Just like lions a dominant Leopard in a den can kill a leopardess’ cubs to allow the leopardess to go on heat again so that they can mate.

In case of danger the female leopards move or hide their cubs to safer places until they are old enough to fend and fight for themselves.

The leopards are not to attack humans but incase where angered they can be dangerous to the human, the only advice is in incidences like this try and stay calm, look bigger than the leopard and then retreat slowly without turning your back to the leopard.

You can find the leopards in any of the listed national parks below and many more across East Africa.

If you’re intrigued by the Leopard, follow this link for more information on how you can book a Uganda safari to see it in person.