Entebbe Airport is the biggest airfield in Uganda and happens to be the main gateway point in and out of the country for travelers. The IATA number of the Airport is EBB and it’s the international airport in the country and the main airport to the pearl of Africa. 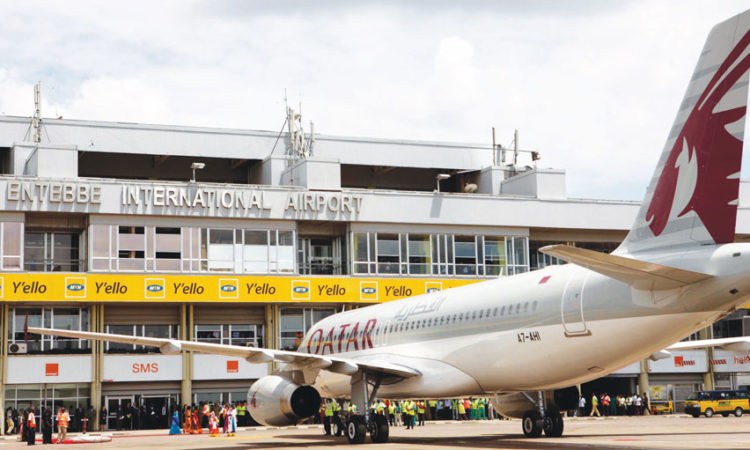 Entebbe Airport is located at the shore of Lake Victoria, which is 45km from the capital city of Uganda Kampala by road.

The Airport is the headquarter of the Civil Aviation Authority of Uganda, these have been relocated to a new block off the airport highway and they are adjacent to the airport terminals.

Entebbe Airport is located in Entebbe town the former capital city of Uganda.

The airport was opened by the British Colonial Authorities; in 1936 however, in 1951, the airport was reopened after the facilities were extended and the runway increased to 3,300 yards.

Entebbe Airport is the first airport that was used by the Uganda Military force. The airport was the scene of hostage rescue and it was operated by Israeli Saveret  Matkal, dubbed Operation Entebbe, in the year of 1976. This was after an Arab German hijacking of Air France flight where over 140 passengers were flying to Greece,  en route to Paris.

Entebbe Airport lies astride the equator at latitude 20 North and Longitude 320 East, and for a short name, it is called Airport on the Equator.

Entebbe Airport is elevated at 3400 feet above the sea level, and it borders the largest fresh water Lake Victoria.

The Airport experiences a tropical climate throughout the whole year, which ranges between 17°C and maximum 27°C at the beginning of the year and a minimum of 16°C to 28°C in July.

The first Civil Aviation Motorized Aircraft was witnessed in the early 30s when there was a flying boat that landed at Port bell along the shores of Lake Victoria to deliver a message. The message delivery started in the 20s in Kenya by Wilson Airways. The area continued to be facilitated between the colonial centers in the region.

There was an excitement for the faster transport service which led to Directorate of Civil Aviation’s DCA in 1950 to oversee Civil Aviation activities in East Africa.

However, in the year of 1947 Entebbe was identified as a location for the international airport of Uganda.

Entebbe Airport in 1952 was commissioned in the presence of the Queen of England.