Birding in Uganda or bird watching is a wildlife or recreational activity where tourists, researchers, and well-wishers observe birds in their natural habitats. This is one of the top Uganda Safari Tour activities that can be done almost all over the country. This observation is done on walks or hikes in the different habitats in some cases cruises on the water bodies for water birds. 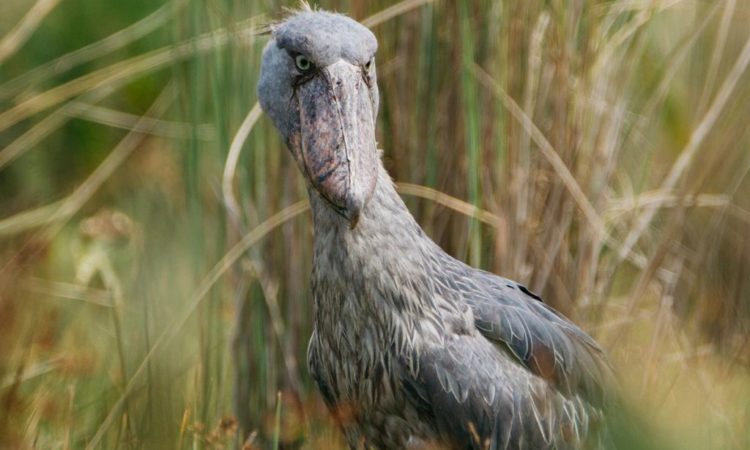 One can observe the birds with their eyes or with a visual magnifying device like a telescope or a binocular this mainly done in cases where birds are far or very small. Birding normally involves observing the bird’s behaviors, listening to the bird’s sounds, following bird trails among other things.

This makes all birding trips are long and can get tiring because of the long hikes in the forest, walk-in plains and waits to see birds come out of their nests, but nonetheless they are some of the most fulfilling trips on your safari, because of the numerous, rare, unique, beautiful, amazing birds you get to see and the unforgettable experiences in the bird habitats like the hiking experiences in the forest, dodging tree branches, chasing after birds; playing hide and seek and many more experiences.

Because Uganda is crossed by the equator and also part of the countries in the Albertine rift valley the country has a rich and wide variety of bird habitats that spread across the nation from the north to the south and west to east.

Uganda’s birdlife is boasted by over 1050 bird species, which makes Uganda one of the top bird destinations in Africa. Birders and researchers have stated on different accounts that Uganda’s birdlife makes up almost 10% of the total birdlife in the world, with both common and rare bird species spread across the country’s bird habitats; birders on their birding trips are sure of have birding experiences like no other in Africa

The famous shoebill stork in Uganda lives in many places but has a dense population in Mabamba Swamp on Lake Victoria, the largest fresh water body in Africa. Though the lake is known for the shoebill stork in Mabamba swamp, it also has other bird species that call its waters home.

Birding safaris in Uganda are done all year round in all places where birds are found. And since the country has both the rainy and dry seasons each season brings to varying characters and features of the different bird species making your birding experience, not just amazing but intriguing, informative and adventurous.

That said birders report that the preferred times of going birding in Uganda is March to May and September to November; because these months are known to be bird nesting times so you’re assured of sighting them in still positions in their nests or in their breeding activities in their nests or mating zones.

Birding fees at each birding facility vary, so it would be nice for you to check with the facility before you get there for your birding experience. Also as stated at the start, bird habitats range from wetlands to forests to swamps to water bodies to woodlands e.t.c, before your birding you should find out which habitat you’re going to and plan according for attire and equipment to carry.

Otherwise, your birding experience will be a thrill, unforgettable adventure you will want to be in Uganda every day to watch these unique and beautiful bird species in all parts of the pearl of Africa.