Myths about the lion : A Lion is one of the most if not the most fierce animals in the wild. This mammal that has a distinct roar and dominating character is one tourists long to catch a glimpse on while they have safaris in the East African region. 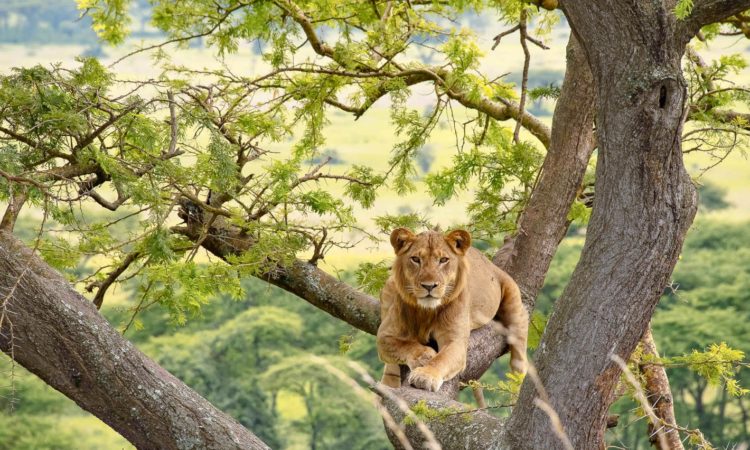 As stated these are major loin parks but be sure to find more lions in the other national parks across the region.

Because of the popularity of the lion, there are a lot myths about the lion and here below we highlight and debunk some of them.

Like any other living creature a lion can die. Can it be killed? Absolutely. The movies have always portrayed the lion as an immortal animal but that’s not the case. Though the lion is fierce and one of the most powerful and dangerous animals in the wild. This animal is not immortal it can die of natural causes, diease old age and other things. The lion can also be killed by humans and other animals like the elephant, leopard, hyenas and rhinos.

Absolutely not! Lions are strong at any time of the day; they are not weak at all. Lions are night animals so they will be more active and alert during the night but that doesn’t make them weak during the day. Though they use of the day time to rest and sleep, if disturbed or if anything happens that needs them to show their strength, they will engage with the same mighty and strength they would have at night or at any other time.

Of course not, tree climbing lions are not aliens, they are normal lions like the other lions. Yes they have the peculiar ability to climb trees like the regular lions we are used to, but this doesn’t make them aliens it just makes them unique.

And apart from the ability to climb trees these lions have the same characteristics like the others, they are nocturnal, feed on meat, live in groups called prides, the groups are led by the dominant male among other things.

Well since we advocate for animal conservation we strongly condemn any activity that harms lions or leads to their death. But the myth of when you kill a lion you die came from the olden days when people used to hunt the lions and because of the fierceness of the lions the lions would over come them and they die – hence the reason the lion is one of the big five animals.

That said with the improved wildlife laws if you attack or kill a lion in these now days you will be imprisoned or sentenced to punishment as the law suggests. So we continue to echo to you to desist from anything that harms lions and wildlife at large.