National Parks in Uganda : Uganda is surely the pearl of Africa. Home to all the African Big five animals in the numerous game parks distributed around the country. National Parks are areas set aside by the state for the preservation of the natural environment, that being both flora and fauna.  These exist in various parts of the country, they are mainly found in the countryside of Uganda. The oldest National Park in Uganda is Murchison National Park that was gazetted in 1926 all for breath taking while on Uganda Safaris Tours. 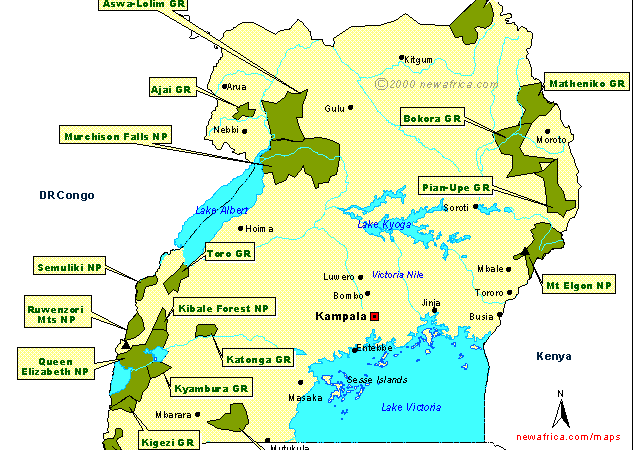 There are a total of  10 game parks in Uganda,13 wildlife reserves, which harbor different species of mammals and birds. Each park in Uganda is unique in its way offering most tourists in Uganda an exciting, adventurous, wonderful experience. As per the statistics, there are 34 species of mammals, these ranging from the most fierce lion , leopards, spotted hyenas, crocodiles, hippopotamus ,elephants, zebras , the Uganda job, and waterbuck to mention but a few. Whereas, for the birds, there a total of 1020 species of birds in Uganda, the majority of which are found at Lake Mburo National Park.

National Parks are greatly the most visited tourist sites in Uganda. Queen Elizabeth National Park is the highly visited Savannah National Park in Western Uganda and Uganda .it is located in the Western part of Uganda, in the heart of Lake Albert. People have also prioritized investing in the build of amazing lodges and some include  Kyambura Gorge Lodge and Ishasha Wilderness Camo in Queen Elizabeth.

Some of the great Lodges and campsites include Red Chilli Hideaway found in Murchison falls ,Red Chill Rest Camp , Isunga Lodge found in kibaake ,to mention but a few.

Game drives are the most popular way to enjoy wildlife at ones comfort. Visitors can view these wildlife animals in their comfortable surroundings and the way they relate with each other . These game drives are mainly done during the cool of the day ,when the animals are the temperatures are favorable for the animals to be active . Safari game drives are usually done with guides or escorts, who aid the understanding of tourists in issues concerning different animals.