National Parks with Lions in Uganda

National Parks with Lions in Uganda: Lions are known as the “Kings of the jungles” because they are fierce and tough, just at the sight of one lion, you will tremble and so do the other animals in the wild. The lion is among the big five animals in the wild, this makes it one of the most sought after animals by tourists on a wildlife safari. 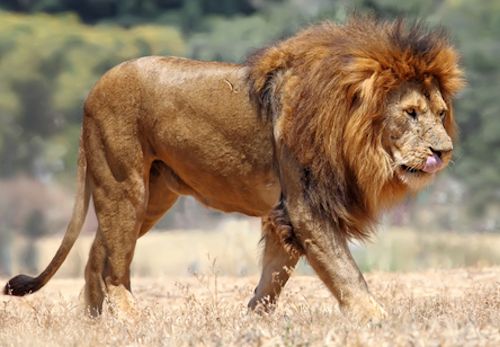 Lions though the most sought after animals by the tourists they are known predators and its normal for most people as well as animals to avoid their presence out of fear of what the lion can do to you or them.

These kings of the jungles have a strong and intimidating roar that they use in time of danger or to attract mates. Lions live dense bushes, savannah grasslands and woodlands in prides of 15 to 30 individuals that have a dominant male with females and their off spring. They feed on meat from other animals that they have killed and they have an average lifespan of 12 years in the wild

You should note that lions are sometimes elusive especially the tree climbing lions, so you may only see them by chance or you may need the help of a lion tracking device to see them. That said most times they are easily seen in the wild as they go about their jungle business.

The National parks in Uganda where you are assured of seeing lions in Uganda include:-

Queen Elizabeth National Park is famous for having the rare tree climbing lions in its Ishasha region and people are always visiting the park to get a chance to see these rare lions; it’s among the reasons people choose to visit the park, though the park also has other lions that live in the different parts of the park that can be seen by tourists on game drives. This park on top of being a lion hub is home to other mammals like impalas, antelopes, warthogs, kobs, buffaloes and many more that you get to see on your visit to the park.  You can also take boat cruises on the lake to see numerous water life and experience the beautiful flora of the park. The park is a few hours from Bwindi National Park, the mountain gorilla hub so you can join your visit to Queen Elizabeth National Park with a mountain gorilla trekking trip in Bwindi National Park.

All these factors make Queen Elizabeth National Park, a perfect stop for your lion experience. The Park is located in western Uganda and can easily be access by road, a drive to the park from Kampala is about 4 to 5 hours. You can also fly to the park, a domestic flight to the park from Entebbe international airport is one hour.

About 4 to 5 hours from the country’s capital, Murchison falls National Park is located in north western Uganda and is famously known for its Murchison falls from which the park gets its name. The park has is an absolute habitat for lions that live in its savannah grasslands and palm trees.

The lions in this park are easily seen on either a day or evening game drives; on which games you also see other animals like zebras, elephants, leopards, buffalos, impalas, antelopes and many more.

Budongo forest on the outskirts of the park is home to a number of chimpanzees that can be trekked on your visit to the park.

A lion experience in this Park will give you more that lions, you will be delighted at all the other activities you can engage in on your safari to the park.

Kidepo National Park is located in north eastern Uganda; and is the furthest park from Uganda’s capital Kampala, the park is about 10 hours from Kampala. This park though it’s the furthest to get to it’s the best wildlife hub in Uganda harboring the biggest population of wild animals in Uganda and a few rare wildlife species.

This park has a huge number of lions that can be seen easily and recently there have been reports that it also has some tree-climbing lions. Other animals in the park include cheetahs, leopards, buffaloes, zebras, gazelles, topis and many more.

A wildlife safari in this park is one of the most rewarding safaris in Uganda because on top of seeing lions you will also have the best wild life viewing of all time, you will be delighted.

These National Parks are the best lion hubs in Uganda and a visit to one or all of them will give you a great lion viewing experience on your safari.